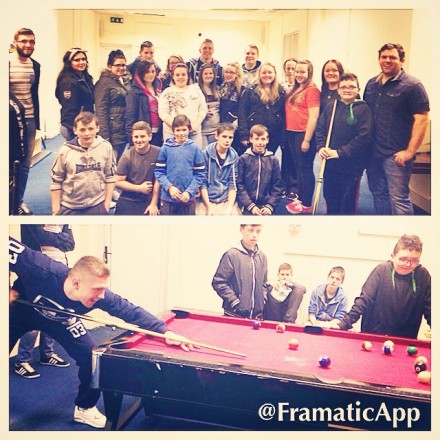 Jason Quigley took time out from his rigorous training schedule to open a new Foroige Club in Ballybofey.

The project which was headed by Elaine Chambers and Desmond Crawford are delighted Jason took timeout from his busy schedule to help support their new initiative and drive.

He was the special guest at the official opening on Tuesday and pledged his support for such clubs that provide such a vital role within the community.

The new club will run every Tuesday and Friday night from 7-9pm.