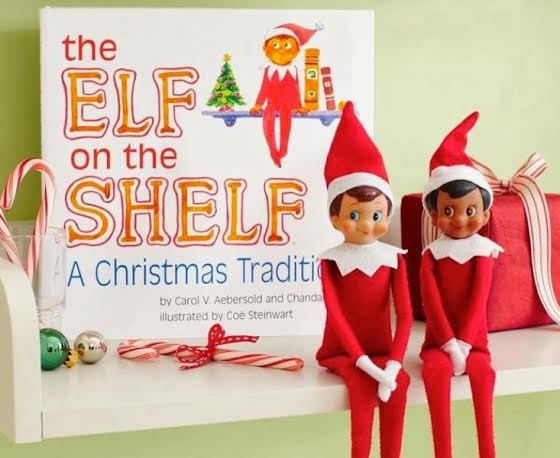 IS ‘ELF ON THE SHELF’ NAUGHTY OR NICE?

Children have it tough this Christmas. Not only is Santa deciding who is naughty or nice but he also has his creepy little helper, Elf on the Shelf, keeping an eye on them.

This little fella will set you back €34.99 but that doesn’t include any therapy your little ones may need as adults after enduring this festive freak throughout their childhood.

The Elf on the Shelf isn’t some quaint tradition of Christmases past rather it’s a well executed marketing ploy which had annual revenue topping $16-million in 2011.

As one of the creators, Christa Pitts, said: “If we were going to be successful, we had to get people to embrace the brand.”

What is Elf on the Shelf?

Launched in America in 2005, the soft toy elf is packaged in a keepsake box alongside an accompanying storybook. This scout elf flies to the North Pole every night to tell Santa whether your children have been naughty or nice.

He also likes to play hide-and-seek in different places in the house and children are told not to touch the elf as he will lose his magic. Slick, very slick.

Ireland’s First Official Elf On The Shelf Adoption Centre opened in October and more than 20 Irish retailers are selling the product.

It would be less tortuous to install CCTV in your home. At least your children wouldn’t have a Chucky-esque doll staring at them during the happy holidays.

Worse than Elf are the parents who convince themselves (and us) that their children have abandoned their naughty ways because this little sprite sitting on the Mantlepiece is watching them.

No more tantrums, refused dinners, sibling squabbles or Elf will report back to Santa and you can forget about that Elsa or Spider-Man costume.

This is ‘Stepford Wife syndrome’ for children.

Who makes time to move Elf around the house or make an Elf breakfast? It’s not fairy dust that does housework but a parent.

If we’ve bought into the Santa story why can’t we buy into Elf on the Shelf? Simple, Elf’s a bully and has a killer stare.

He also has a sideline of making a fortune for his creators who’ve played over-stretched parents like a fiddle.