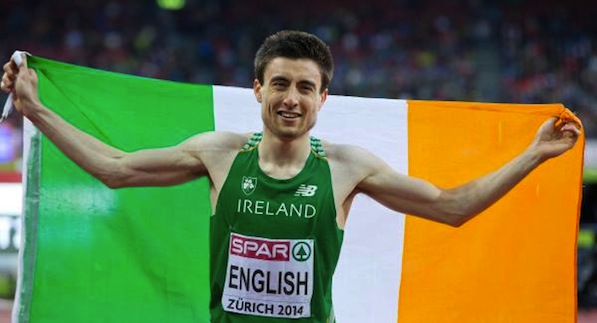 Donegal sporting heroes Mark English and Seamus Coleman have been nominated for the RTE Sports Person of the year award.

The Killybegs native is also a vital component of Martin O’Neill’s Ireland side and will play a crucial role if Ireland are to qualify for Euro 2016.

He was European Bronze after a truly superb run, English now has his sights set on the Olympics in Rio in 2016, and is a genuine medal contender.

The shortlists were announced for the RTÉ Sport Manager of the Year awards.

The winners, along with the RTÉ Sport Team of the Year, will be revealed at the RTÉ Sport Awards in association with The Irish Sports Council, which will be broadcast live on RTÉ One, on Sunday, 21 December at 9.30pm.

As part of the ceremony, the RTÉ/Irish Sports Council’s Hall of Fame Award will be also presented, to someone RTÉ have described as “a very special Irish sporting legend.