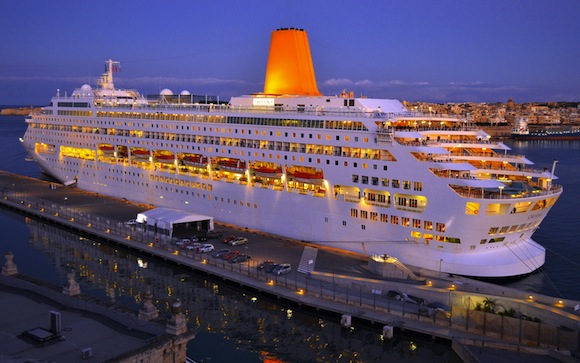 Some of the biggest ever passenger ships are to visit Co Donegal in 2015, it has been revealed.

The ships, which are part of the P&O/Carnival line, will pull into Killybegs in what is seen as a huge boost for tourism in the area with thousands of passengers on board.

The Killybegs Information Centre received confirmation through Sinbad Marine Services that three visits to the port have been scheduled in.

The vessels will come to Killybegs under the P&O Cruises flag will be the largest passenger ships so far to use the port.

The MV “Adonia” is due in port on June 17 next and will return for a second visit on July 21. A second P&O Cruises vessel, the MV “Oriana”, which is twice the size, is due to berth on June 26.

The P&O Cruises confirmations means that already, with a total of eight vessel visits confirmed for 2015, the number of passengers visiting Killybegs next year is greater than in the 2014 season, itself a record.

Anne Dorrian of the Killybegs Information Centre, said “This is great news and we hope it will lead to even bigger vessels visiting Killybegs in the future.

“The ‘Adonia’ is a pathfinder ship, exploring ports which the larger ships of today had not previously considered. Hopefully, her visit will pave the way for some of the most splendid ships in the Carnival fleet to come to beautiful County Donegal.”

Carnival Cruise Lines is a British-American owned company, based in Florida.

It is one of ten cruise ship brands owned and operated by Carnival Corporation & plc. The company has the largest fleet in the group, with 24 vessels currently in operation that account for more than 21% of the worldwide market share.