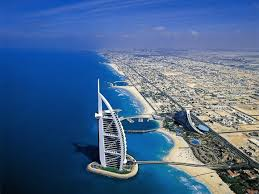 DONEGAL PLAYERS INVOLVED IN HOLIDAY ROW WITH COUNTY BOARD

The Donegal squad will travel to either Dubai (pictured) or Miami for their team holiday.

Donegal GAA players have become embroiled in a row with County Board officials over their team holiday.

Negotiations between both parties are ongoing in an attempt to resolve the situation as quickly as possible.

However, there appears to be a major sticking point regarding the players that aren’t able to go on the holiday.

Normally those players not able to travel on the team holiday would be reimbursed with travel vouchers.

However, according to The Irish News today it seems that players not able to go on the holiday will not be compensated.

The Ulster champions and All-Ireland finalists are expected to go on holiday during the three-week break in the National League between rounds two and three.

The players are expected to either go to Miami or Dubai.

The GAA will provide a grant of €80,000 towards the cost while the team’s holiday fund has raised an additional €110,000 but as stated above the players who are unable to travel will not receive any compensation in the form of travel vouchers.

Donegal treasurer Cieran Kelly told The Irish News, “We are working within the guidelines of the GAA and Revenue.

“Before a county board can draw down the grant for the holiday they have to sign up to those guidelines from Croke Park and that is what we have done.

“This is being driven by one or two individuals. I am not a man for airing stuff in public.

“I am the county treasurer and I want to do what is right for Donegal GAA. We will work within the guidelines.

“If there are one or two people who want to drive an different agenda that is up to themselves.

“We were lucky enough that we had the foresight to budget for this at the start of the year.

“Back last January, whenever I was doing the budgets, there was no word of an All-Ireland final.

“It was the furthest thing from our minds. We are working within the GAA and Revenue guidelines as they are supplied to us by the finance directors in Croke Park.