MORE THAN 335,000 VISITS TO DONEGAL LIBRARIES THIS YEAR

More than 335,000 visits were paid to Donegal libraries this year, it has been revealed. 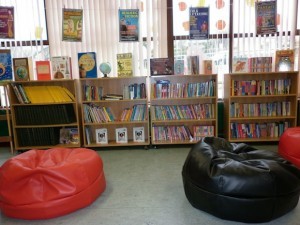 Irish libraries revealed there were some 17 million visits to public libraries in Ireland last year.

The figures, compiled by the Public Lending Remuneration (PLR) service for the Local Government Management Agency, show that libraries continue to play a very important role in our communities.

Eileen Burgess, County Librarian with Donegal County Council said they are delighted that our libraries continue to play such an important role in our communities.

“Every demographic group is represented in our library users. We try hard to identify the needs of our users and tailor the library to suit them. If you visit the library on any day of the week you‘ll find people from every age group and walk of life enjoying some aspect of the services we provide,” she said.

Whilst Strumpet City was the most borrowed book of adult fiction from public libraries nationally, in Donegal Donal Ryan’s ‘The Thing about December’ topped the poll and this was followed by Gillian Flynn’s ‘Gone Girl’ and J.K. Rowling’s ‘The Casual Vacancy’.

Like the rest of the country, ‘The Official Drivers Theory Test’ topped the poll for most borrowed Adult non-fiction title and Michael Rosen’s ‘We’re going on a bear hunt’ and Joe Brennan’s ‘Donegal Folk Tales’ were top of the list of the most borrowed Children’s titles.

With 13 public libraries and 11 Taobh Tire points Donegal libraries are a hive of activity and in keeping with the festive season, the libraries are getting ready for this year’s Christmas Pyjama Parties. To find out where they are taking place visit www.donegallibrary.ie or follow on Facebook/donegalcountylibrary .