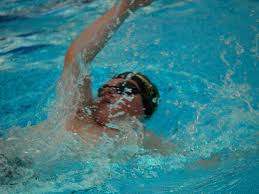 Every swimmer set personal best times in every race taking huge chunks off their previous times.

Peter Kelly, Oisin Sheridan, Eamon Russell, Sean Pascaul and Jonathan Giddey had brilliant swims in the 100m Individual Medley and 100m Backstroke taking up to 10 seconds off their previous times.

Cian Mulligan had a great outing competing in the 200m Individual Medley and 100m Freestyle.

Grainne Russell went from strength to strength reducing her times in the 200m Freestyle and 100m Butterfly and taking silver medals in both these events.

Bronagh Sheridan swam in the 100m Butterfly in the morning session placing 4th while reducing her personal best time.

She took 3.5 seconds off her 100m Breaststroke time during the afternoon session and took a gold medal in this event

Eadaoin Kelly put in some fantastic performances smashing her previous times in the 200m Freestyle and 100m Butterfly claiming gold medals for each of these events.

Great credit is due to these swimmers who train up to four times a week covering between 10km and 20km.

The Swilly Seals host Limivady A.S.C in the 3rd round of the Provincial Towns League on Saturday 3rd January.

They hope to make it 3 from 3 having won both away galas at Ballymoney and Leander of Belfast.