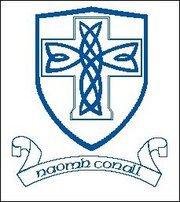 THE Ulster Council of the GAA has ruled in favour of Naomh Conaill after the club appealed a decision by the Donegal county board not to order a replay of their semi-final against Glenswilly.

The Glenties-based club said they were ‘delighted to have been vindicated’ but won’t comment further until the full judgement has been received.

Naomh Conaill had objected to the result after their two point loss in October on the grounds that Glenswilly’s Ciaran Bonner should have been red-carded during the match.

He had already been given a yellow card earlier in the match and was then given a black card which meant he could be replaced by a substitute.

The Donegal County Board had rejected the appeal, so Naomh Conaill took their case to Ulster. However the provincial body refused to make a ruling, saying there were errors in the paperwork.

Naomh Conaill then took the case to Croke Park who ruled that Ulster should take a decision.

The Glenties-based club had insisted all along that it did not want to interfere with the county final which St Eunan’s won.