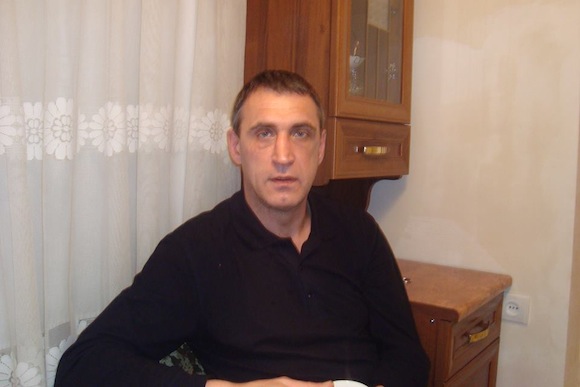 Liudas Vaisvilas who lives in Letterkenny.

A 51-year old man who sexually assaulted a teenage girl at Dublin Airport after wrestling her to the ground in public has been ordered to undergo a full psychiatric assessment.

The man, who has lived in Donegal for almost a decade, told gardaí he was having flashbacks to when he worked in the Russian Special Forces in Siberia and believed he was protecting his girlfriend from falling bombs.

Liudas Vaisvilas, with an address at Glenveagh Court, Letterkenny, pleaded guilty at Dublin Circuit Criminal to sexual assault at Terminal 2 in Dublin Airport on April 10, 2014.

The Irish Independent reports that hours after he was released from garda custody following the incident, Vaisvilas was arrested for sexually assaulting a young girl in a similar way at Eddie Rocket’s Diner on O’Connell Street.

Judge Patrick McCartan said while Vaisvilas might well try to explain away the first incident on the basis of having drunk vodka, he was not drunk at the time of the second sexual assault.

The judge expressed concern that whatever was troubling Vaisvilas could lead to repeat offences. He remanded him in custody for sentencing next February, pending a full psychiatric assessment and updated probation report.

Garda Tanya Shinkins told Noel Carroll BL, defending, that the 19-year-old victim was sitting in the airport at about 10:30 waiting for a flight when Vaisvilas walked right up and put his face very close to her.

He asked her repeatedly if she had the internet and then sat down beside her and grabbed her between her legs.

The girl was in shock and started screaming for help but a man sitting near her seemed also too shocked to help. The girl went running towards two airport officials for help but Vaisvilas rugby-tackled her to the ground.

He had one hand between her legs and the other on her bottom and the girl said she felt helpless and couldn’t breathe as he was so strong.

Airport authorities and members of the public managed to get Vaisvilas off the girl and he was arrested shortly after midnight.

Vaisvilas said he was shocked when shown CCTV footage of the incident and wanted to apologise and explain to the girl that he had been “crazy” and “confused in his mind”.

Dominic McGinn SC, defending, said his client’s mother and another relative had died recently, and he had missed a flight home to Lithuania for a funeral.

He had not slept for the previous five or six days, had drunk some vodka, and was having flashbacks to when he worked in the Russian army, counsel said.

Vaisvilas was previously sentenced to six months’ suspended for the second sexual assault in Eddie Rocket’s Diner. He has one other conviction for road traffic offences.

Vaisvilas has lived in Ireland for nine years and worked at a meat-packing plant in Letterkenny.

Judge McCartan adjourned sentencing until February 2 next and said Vaisvilas will get full credit for the time he has spent in custody.

The court heard Vaisvilas has been in custody since the offence because he was unable to pay the €1,500 required under his High Court bail.