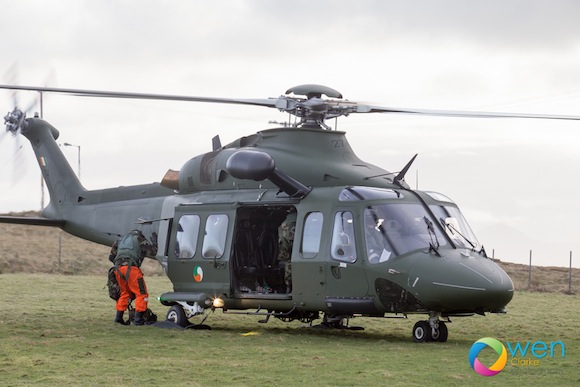 BREAKING NEWS: Part of a Co Donegal had to be cordoned off after an explosive device was discovered on a beach.

A man out walking on Tory island came across the object last night. 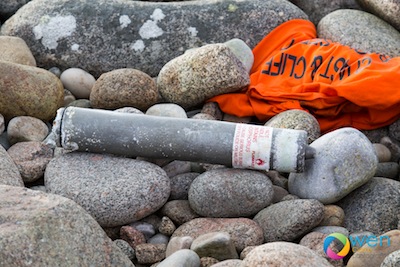 The marine marker which contained explosives. Pic by Owen Clarke.

The object had a warning written on the side of it telling anyone who found it not to handle it and to contact either the coastguard or the military.

The man, who was walking on the south-side of the island close to its lighthouse, contacted the local coastguard unit who in turn contacted the army.

An army air corps helicopter containing members of the Explosives Ordinance Disposal unit was dispatched to the island today.

Members of the team due a hole, surrounded it with sandbags and then made the devise safe using a controlled explosion. 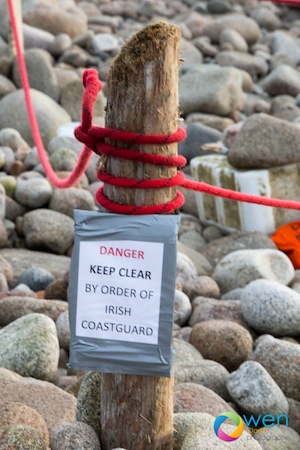 The area is cordoned off by the coastguard.

The devise was identified as a ‘marine marker’ which contains both explosives and phosphorous and could have caused injury if it had detonated.

King of Tory Island Patsy Dan Rodgers told Donegal Daily said he is thankful none of the children form the population of about 150 on the island cam across the device which contained phosphorous.

“I’m so glad the army were called and the devise was disposed of properly. You just never know with these things. A tragedy could have occurred,” he said.

Patsy recalled how in 1934 a torpedo was washed up on the island.

On that occasion the army were also called to the island and the remains of the torpedo have been left on the island as a memorial to the occasion.