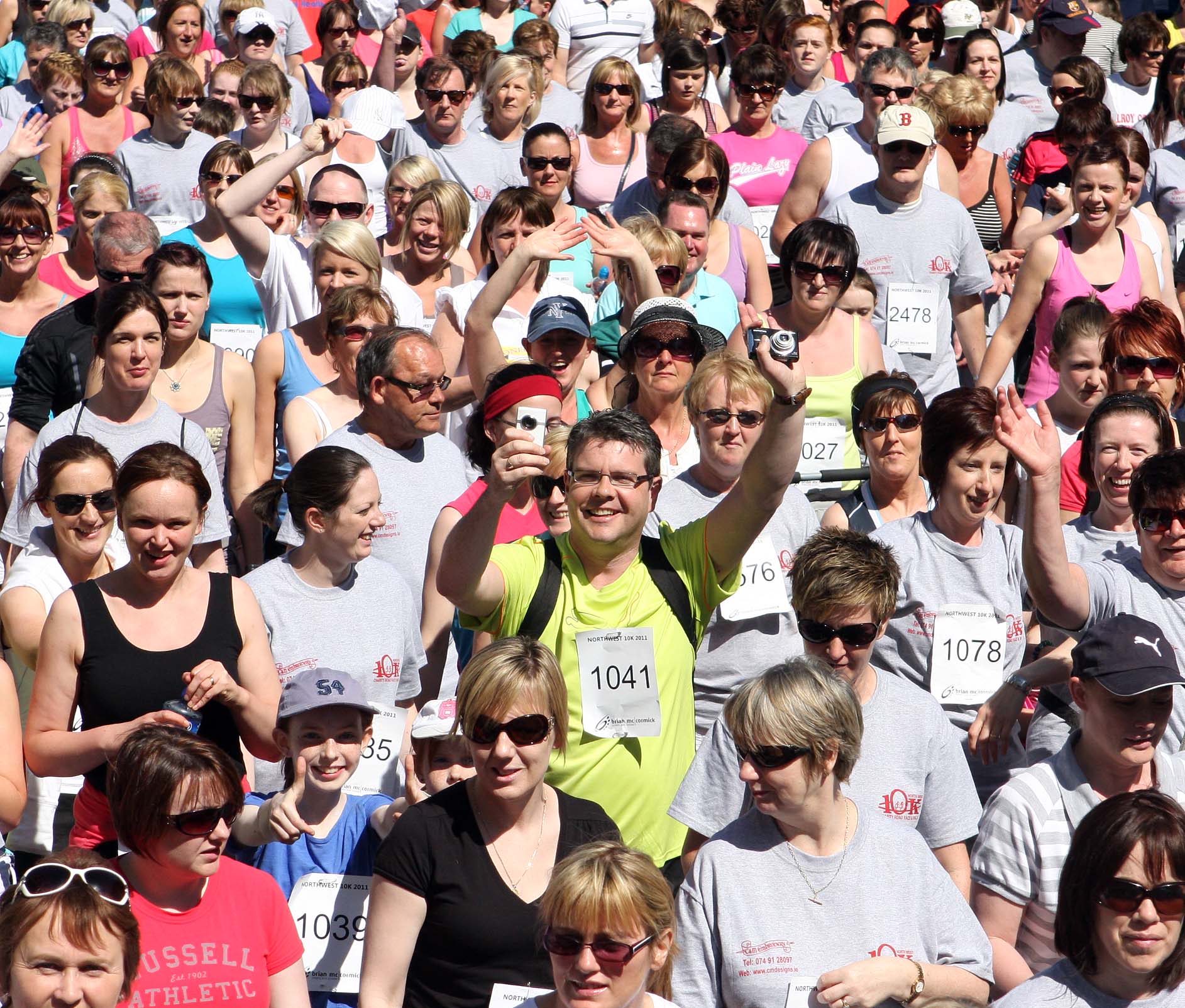 All types of athletes take part in the annual North West 10K.€700

While it may by be over four months away the North West 10k committee is commencing work for the 18th charity run and walk which will take place on Sunday, May 3rd in Letterkenny.

The organisation’s AGM took place on Thursday evening in the Mount Errigal Hotel where all outgoing officers were re-elected unopposed to serve another term on a body that was setup in 1996 following the end of the Rockhill 10k event.

James Boyle who will be serving his second year as Chairperson thanked the Gardai and the Red Cross for their continued support for the event.

“Without the support and advice of the Gardai it would not be possible to stage an event of this scale in Letterkenny. Sergeant Eunan Walsh and his team have been very helpful to the committee. Charlie Kerr who drew up the new safety statement for traffic management for the 10k has done a terrific job and the Community Centre have been very generous in putting their facilities at our disposal every year. I also than all the marshals who give of their time voluntarily to make the North West 10k the huge success it has been in recent years.”

He also expressed the organisations’s deep appreciation of the support given to the 10k last year by DonegalDaily.com and Brian McCormick Sports.

The outgoing Chairperson also paid tribute to the voluntary committee who give up a lot of their valuable time to ensure that the event raises huge money every year for very worthwhile charities. “The North West 10k is a great community event that brings the people of Letterkenny out because it staged in the town which has made it such a success over the years.”