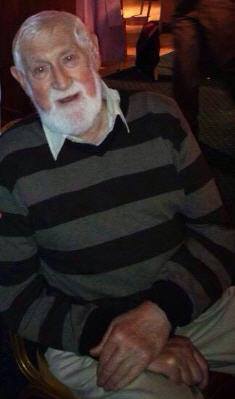 IT IS with great sadness and regret that the local sporting community has learned this morning of the sad passing of colleague and friend in Donegal Athletics, Neil Cullen.

A coach with Letterkenny AC, Neil’s involvement with Donegal Athletics stretches back more than 20 years and has been the father figure for Sportshall athletics in the county throughout that time.

Year after year, Neil was the driving force behind organising teams to represent Donegal at Ulster Sportshall and had a record second to none of qualifying multiple teams through Ulster to the UK Finals every year.

For those who had the honour of representing Donegal and those who travelled with him each time, they will remember a man with a hearty laugh, great company and an infectious humour.

Even though Neil took ill in recent times, an illness he fought with dignity, courage and never a moment of complaint, he was still to the core of Sportshall athletics, helping to choose the teams and was on the ground again with the stop watch at the Trials in Letterkenny earlier this year.

Neil’s enthusiasm, energy and passion for juvenile athletics will be fondly remembered by all who knew him, athletes, parents, officials and coaches alike. Whether a young athlete was first or last, and no matter the club, Neil Cullen was the first man to congratulate, a man whose fairness was acknowledged by all who knew him. While Neil was one of the driving forces behind juvenile athletics in Letterkenny, he will be fondly remembered across Donegal, Ulster and Ireland.

Donegal Athletics says it has lost a true friend and a gentleman and will be sorely missed.

“To Neil’s wife Margaret and his three children Gráinne, Siobhán and Mairéad, his extended family and friends and colleagues at Letterkenny AC, we extend our deepest sympathies.”

Neil’s remains were removed to his home at 3pm today.

Funeral from there on Tuesday at 10.15am, going to the Church of the Irish Martyrs, Ballyraine, Letterkenny for 11am Requiem Mass, with burial afterwards in St. Michaels Churchyard, Urris, Clonmany.

Family flowers only please, donations in lieu if desired to the Haematology Units at the Mater Hospital Dublin and Letterkenny General Hospital.