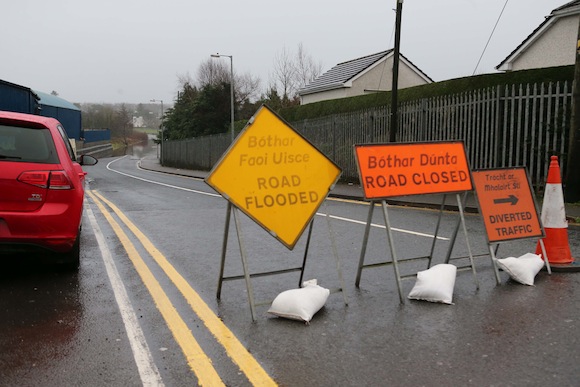 Diversion in place at Navenny, Ballybofey where the road is currently flooded. Pic by Gary Foy.

The River Finn in Ballybofey has burst its banks and flooded many local fields along its path. 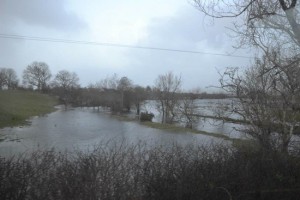 Heavy rain in recent days is believed to be the cause of the swell which breached the side of the banks close to Finn Park at the rear of Ballybofey’s Main Street.

Local councillor Patrick McGowan said the situation is very serious and it is the worst he has seen in living memory.

Donegal County Council have drafted workers into the area in a bid to prevent further flooding.

There are road diversions in place in some areas.

There is also heavy flooding in and around Letterkenny towards Newmills and Glenswilly where several fields are heavily flooded.