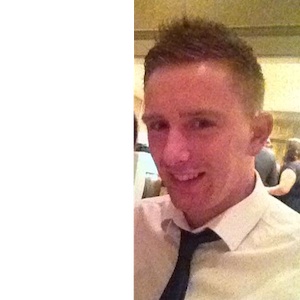 A well-known GAA player was being hailed a hero after his quick-thinking managed to save the home of his cousin in a housefire.

John and Brid McLaughlin are counting their blessings after sparks from a range started the fire at their Creeslough home.

The fire was only noticed by chance when the couple’s daughter Rosaleen arrived for a visit.

Rosaleen rushed next door to her cousin Daniel’s house.

Daniel, a member of the 2012 All-Ireland Donegal winning squad and St Michaels team player, rushed into John and Brid’s home with a fire extinguisher and brought the flames under control.

The house was mostly smoke-damaged but could have been much worse but for Daniel’s quick actions.

A very relived Brid thanked everyone for their help in cleaning and painting and making their house habitable again.

“All our neighbours and friends have been so helpful. People really have shown us the real meaning of Christmas. It could have been so much worse but people have been very kind,” she said.

It us understood the fire started as a result of sparks from behind the range fire which ignited a stool beside it.