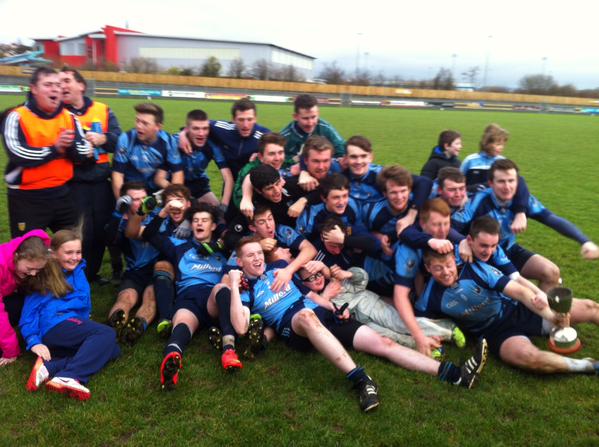 THEY’VE loads of reasons to be celebrating in Milford this week.

Having landed the U21B Championship at the weekend, CLG Baile na nGalloglach will be in celebratory mood again this Christmas when players arrive home from the four corners of the world for a challenge game.

The Milford Exiles v Milford throws in at Moyle Park this St Stephen’s Day at noon.

“In recent years our Club, like many others, has lost many many players to emigration and already there are players confirmed to be returning from far flung places,” said club spokesman Barry McNulty.

“They are home or on their way home from Perth, New York, London, Edmonton, Newcastle, Glasgow, and even throughout Ireland.

“Indeed some of our recently, and not so recently, retired players will also be togging out for what should be a great days craic!

“Throw in time for the game is 12 midday and later in the evening there will be a presentation in Dusty’s Bar, Milford.”

All welcome to what should be a great chance to catch up with old friends and team mates and relive some of the golden memories.

Pictured above are Milford’s U21 B Champions who defeated St Mary’s of Convoy in the final.

HOW LOCAL GAA CLUB IS BRINGING HOME ITS PLAYERS FROM AROUND THE WORLD FOR MATCH was last modified: December 23rd, 2014 by John2