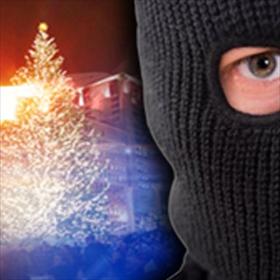 Gardai have issued a warning after a spate of Christmas night burglaries in Letterkenny.

At least two houses were broken into in Letterkenny on Christmas night.

At least two properties were raided with a range of property taken including electrical goods.

Four men have been arrested for the raids which Gardai believe are connected.

Two men arrested earlier today have been released to appear at a siting of Letterkenny District Court in January.

Two other men arrested are still being questioned.

Both raids took place on properties in the Lower Main Street area of the town.

Garda Inspector Goretti Sheridan told Donegal Daily that people must remember to be vigilant at this time.

“We tend to be very relaxed and get caught up in all the festivities but there are people out there waiting to take advantage of that.

“We would ask neighbours to keep an eye on properties while people are out visiting or are away form their homes.

“If they notice anybody acting suspiciously, they should contact the Gardai immediately,” she said.