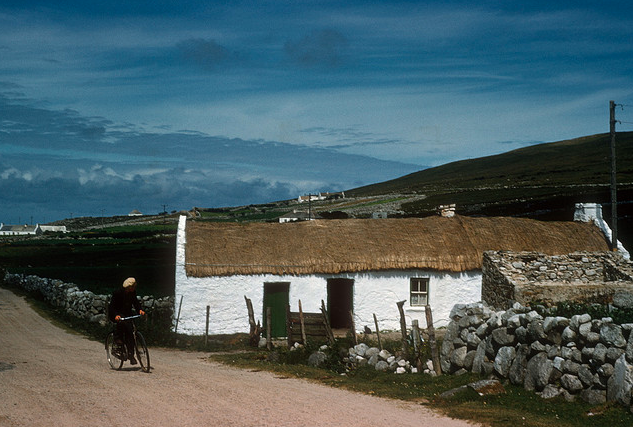 AMAZING PICTURES OF COUNTY DONEGAL FROM 1959

THEY are snaps which have evoked a lot of memories since we shared them on our Facebook page over Christmas.

A family picture at Cnoc Fola, Gaoth Dobhair, in 1959.

Well here’s some more from around the county taken by Scottish photographer Douglas Campbell.

When he died in 2007 at the age of 94, his son Duncan inherited his photographic collection.

This contained 35,000 colour slides, assembled over half a century, documenting his travels and observations.

By June 2012, Duncan had brilliantly digitized his fathers transparencies and made them available to the world via Flickr. This included two visits to Ireland by Douglas, his wife Kathleen and their children in 1958 and 1959 which you will find at http://www.flickr.com/photos/thedouglascampbellshow/collections/72157608241465536/ …

Enjoy….and if you have old snaps you want to share, email them to info@donegaldaily.com. Include as much information as possible.

That snap from Bloody Foreland in 1959

A thatched cottage in Killybegs in 1959

Another snap from Horn Head by Douglas Campbell. Taken in 1959

Working in the fields of north Sligo in 1959

Shipquay Street in Derry in 1959

AMAZING PICTURES OF COUNTY DONEGAL FROM 1959 was last modified: December 27th, 2014 by John2