The public have been asked to keep a look-out for a man acting suspiciously outside Ramelton earlier today. 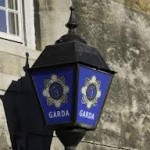 The man, who was described as tall and of slim build, was spotted in the townland of Claragh close to Ballyare.

He was wearing a blue puffer jacket and a blue wooly hat.

Anybody who spots the man is asked to contact Milford Garda station on 0749153060.