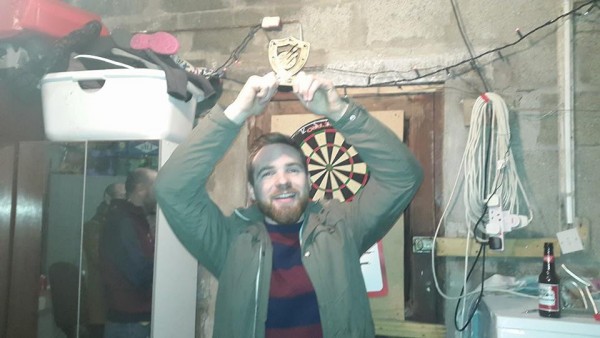 The annual tournament which takes place every December, attracts players from Scotland, England and America.

Previous winners Noel Forker and Stephen Rodgers were hotly tipped along with Patrick O’Donnell and Michael O’Donnell to land the coveted prize, but it was Wallace who powered his way to victory.

Wallace was hugely impressive and delivered exceptionally consistent performances throughout the entire tournament.

In the ‘Broseph Cup’ pairs competition it was yet another success for the Forker family.

The local darting dynasty added yet more Rambo memorial silverware to their mantelpiece with a stunning comeback victory.

Brothers Noel and Mark battled back from a seemingly hopeless losing position of 2-0 in the final to win 3-2 against brothers Patrick and John O’Donnell to silence the partisan crowd.