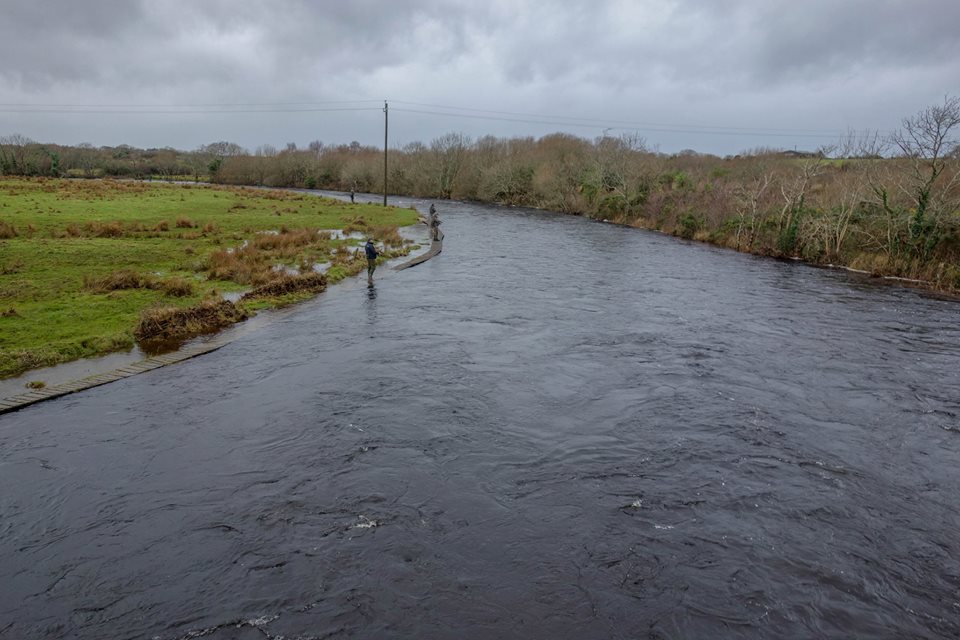 Day one of the 2015 salmon season on the Drowes has failed to produce the first fish of the year.

Around 90 anglers braved wet and windy conditions in pursuit of the first silver of 2015, but despite valiant effort the first spring salmon of the season did not give itself up.

The water level had dropped remarkably quickly in recent days and stood just a shade over 0.9 metres on the gauge as the first line was wet at 8.30am.

Conditions were very windy from the start and rain, at times quite heavy, persisted all day. The day was remarkably mild, the mildest opening day conditions for many years with temperatures reaching up to 12c. Despite day long rain the water level has dropped marginally from this morning and now stands at 0.898 metres, though this will more than likely rise a little by morning as Melvin rises.

The forecast for today is for continued windy conditions with rain and sleet and much lower temperatures of 5 to 8c.

SALMON-FREE FIRST DAY OF SEASON ON THE DROWES was last modified: January 2nd, 2015 by John2