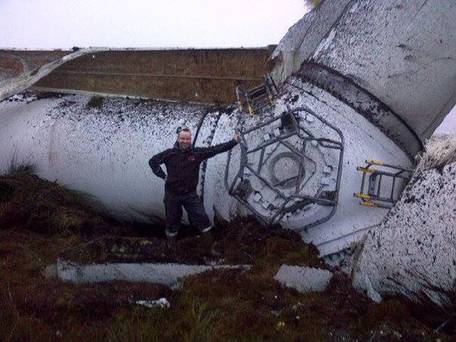 ANTI WIND farm campaigners in Co Donegal have demanded a new investigation into the safety of turbines after another one collapsed.

The turbine on Screggagh wind farm in the Fivemiletown mountain range of Co Tyrone collapsed – sending debris 1km away.

One local family said the noise from the collapse “sounded like a bomb going off”.

In March 2013 a 64m-high turbine ‘snapped’ and fell over at a wind farm in the remote townland of Maas, between Glenties and Ardara.