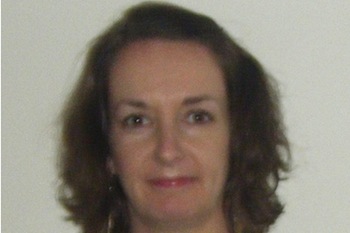 PRAYERS IN DONEGAL AS CONDITION OF NURSE PAULINE CAFFERKEY DETERIORATES

Nurse Pauline Cafferkey whose family are from Co Donegal.

A SCOTTISH nurse diagnosed with Ebola after returning to Glasgow from Sierra Leone is in a critical condition, health chiefs have said today.

Pauline Cafferkey has strong Donegal links and is a cousin of former Ireland goalie Packie Bonner.

In a statement, Royal Free Hospital in north London said Pauline’s condition had deteriorated and she was now considered critical.

Trained nurse Ms Cafferkey, aged 39 and from Glasgow, had agreed to blood plasma treatment and an experimental anti-viral drug, despite a lack of proof that it worked.

In a statement on its website, the hospital said: “[We are] sorry to announce that the condition of Pauline Cafferkey has gradually deteriorated over the past two days and is now critical.”

Pauline’s late grandmother was Annie Cafferkey (nee Sharkey) and she was a sister of Packie Bonner’s mum Gracie.