INVESTMENT FOR MALIN HEAD VISITOR CENTRE TO BE RAISED AGAIN

Donegal TD, Pádraig Mac Lochlainn is to again raise investment and the funding of a Public Service Centre at Malin Head with the Minister for Tourism, Paschal Donohue. 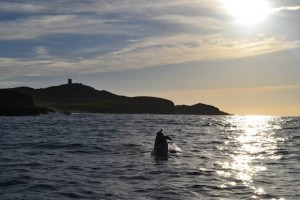 The Sinn Féin Deputy said such a centre would benefit the whole of the Inishowen Peninsula.

“The issue of capital funding and real investment at Malin Head, Ireland’s most northerly point, to develop the immense tourism potential of the location, not just for the local community but for Inishowen and the region has been raised for many years now.”

He commended the work of many organisations which have contributed to the current investment project including Malin Head Community Association, the Malin Head working group under the Inishowen Development Partnership and Donegal County Council”.

But he added “Failte Ireland’s Wild Atlantic Way initiative is to be welcomed and I am already getting positive feedback from the local tourism industry. Malin Head is one of three key signature discovery points in Donegal along the Wild Atlantic Way along with Sliabh League and Fanad Head and Lighthouse.

“Investment has been made to Sliabh League and Fanad and now it is imperative that Malin Head and Inishowen receive good news with further investment in phase two and then the final phase three.

“One of the key contributors to the economic regeneration of Inishowen and Donegal will be tourism and Malin Head is one of the most important visitor attractions in our region. We need to maximise that potential and invest in this immense amenity”.