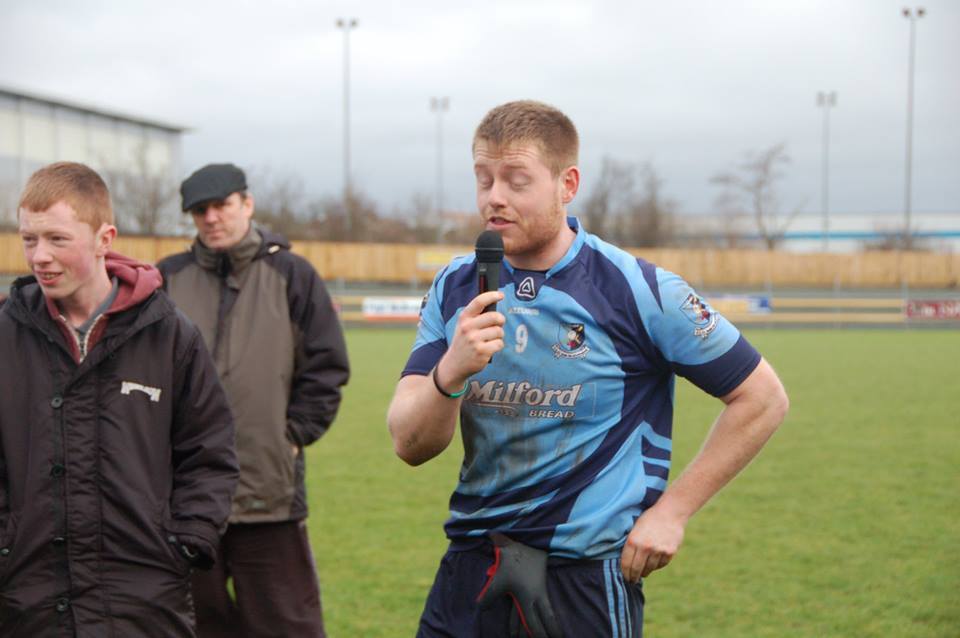 Milford’s u21 captain Luke Barrett played for Maynooth in their O’Byrne Cup clash with Dublin.

Milford’s U21 winning captain Luke Barrett was introduced as a late substitute for NUI Maynooth in their O’Byrne Cup opener against Dublin at Parnell Park.

Barrett recently captained the all-conquering Milford U21 side to the county championship B title with victory over Convoy.

Barrett was introduced as a late substitute against Dublin on Sunday as the University outfit prepare for the prestigious Sigerson Cup competition which gets underway later this month.

Dublin proved too strong for the students with Eoghan O’Gara scoring 1-3 in a comfortable win.

Barrett will be hoping for more game time in the remaining two fixtures as he attempts to cement his place in the side for their crucial Sigerson Cup clash with University of Limerick.