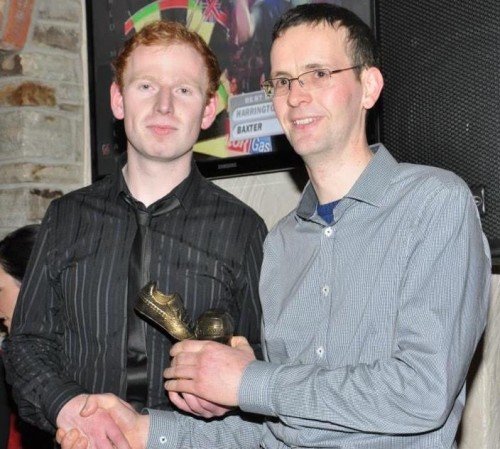 Martin Mc Elhinney receives a token for his achievements with Donegal in 2014 from Patricia Kelly.

Colm Mc Fadden receives token for his achievements with Donegal in 2014 from Nicola Ferry senior board secretary.

U 16 A County Champions.

Above are a selection of images taken from the St Michaels GAA Presentation Dinner Dance which took place at the weekend.

A large crowd of almost two hundred club members and players attended the presentation which was held in Arnolds Hotel in Dunfanaghy.

The all-conquering St Michael’s U16 side who won the county championship title were awarded with their medals at the function.