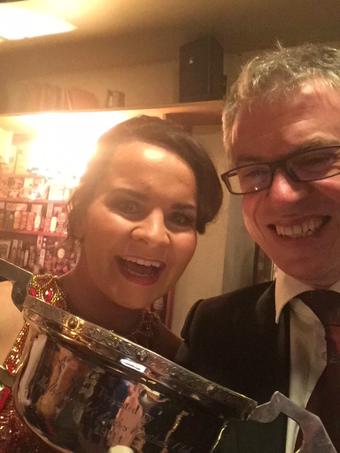 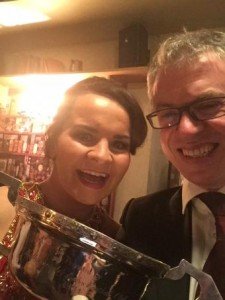 Joe Brolly has stoked the flames with Kerry AGAIN by tweeting the scoring statistics of Geraldine McLaughlin in comparison to Player of the year James O’Donoghue.

In the picture Brolly tweets, “Geraldine McLaughlin. 25-35 in 7 games en-route to the Senior All Ireland club title. What you think of that @Jamesod7?

In the immediate aftermath of that All-Ireland Final, Kerry full-forward Kieran Donaghey was interviewed and famously shouted into the camera, “Well what do you make of that Joe Brolly?”

Donaghey claimed the reason for his outburst was that James O’Donoghue had told him on the morning of the final that Brolly had written an article in which he claimed the conveyor belt of talent in Kerry was broken.

However, Brolly has used Termon star Geraldine McLaughlin to reignite the friendly banter between himself and O’Donoghue on Twitter.

McLaughlin’s scoring exploits have been well documented and her season tally of 25-35 in seven matches is simply incredible.

O’Donoghue scored 4-24 in the same number of matches as McLaughlin.

Brolly pokes fun at O’Donoghue own scoring exploits by disclosing McLaughlin’s incredible statistics in the tweet which he sent directly to him.

O’Donoghue had been lauded for his scoring exploits this season which earned him the coveted Player of the year gong.

But Brolly reminded him as only he can do that his scoring exploits aren’t that impressive when compared to the Termon star.

Brolly was the guest of honour at the Termon GAA Dinner Dance which celebrated the incredible achievements of the Termon Ladies team.