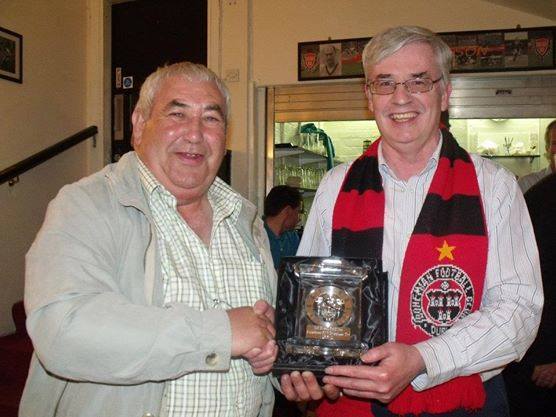 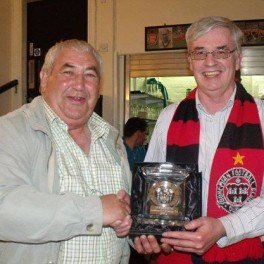 The local soccer community in Donegal has been plunged into sadness following the sudden death of Drumkeen United official Tom Bonner.

Tom was a highly respected and hugely popular figure in local soccer circles and his passing has come as a great shock to all those lucky enough to have known him.

Tom was heavily involved with his own club Drumkeen United for well over thirty-five years.

Tom was also well known for his roles serving on numerous other committees and organisations in local soccer in Donegal.

He was affectionately known as Mr Drumkeen by players and other officials associated with the club.

Tributes have poured in for Tom on the Drumkeen United Facebook page.

Officials from other clubs as well as players past and present have left touching tributes that indicate how popular Tom was with everyone involved in Donegal soccer.

Drumkeen United left a very poignant message on their Facebook account regarding the role and impact Tom had on the club.

“This is a very sad day for our club, it is hard to know what to say at this time.

“He was the driving force that kept us all going. it is impossible to put a value on the amount of work he did for the club.

“Over the years he must have held every position in the club at one time or another. He did a lot of the day to day work behind the scenes, the little things that gets taken for granted.

“We had big plans for the year ahead including the completion of the Astroturf pitch which he was overseeing.

“Sadly he will not get to see his project completed. It is only a few days since we were all down in the clubhouse appointing a new team manager and planning for the future.

He was of course well known all over Donegal and further afield through his work with various football organisations and committees.

“I have seen people today refer to him as Mr Drumkeen and I would not argue with that.

“He will be sorely missed by us all at Drumkeen United, things will never be quite the same again.

“While this is a great loss for us it is an even greater loss for his family and our thoughts and prayers are with them at this very sad and difficult time.

We send our heartfelt condolences to his wife Margaret, Son Damien, Daughter Edel and his brothers and sisters and extended family.

May he Rest In Peace.