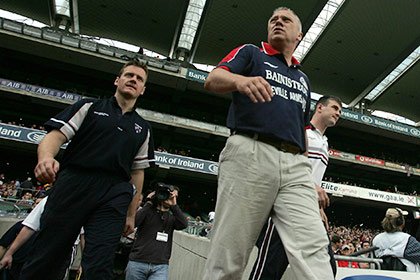 Cooney was a selector for Westmeath under the tutelage of former Kerry GAA legend Paidi O’Se.

The pair presided over the most successful period in the Lake County’s history and famously won the Leinster championship title with Westmeath in 2004.

Cooney applied for the Westmeath job, but despite his cult status within the county he was overlooked in favour of Tom Cribbin.

However, Cooney is a high profile appointment and one which will bring fresh impetus to the Donegal camp.

He’s renowned for being a top-class coach and motivator and is known for his tactical nous.

Former Westmeath player Dessie Dolan said he was one of the best coaches he’s ever worked under.

Cooney will link up with the Donegal team ahead of their Dr McKenna Cup clash with Fermanagh.

Donegal need a win over Gallagher’s native county to have any chance of progressing to the knock-out stages of the pre-season competition.

Donegal host Derry on January 31st in the opening match of the 2015 Allianz National League.