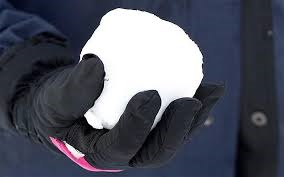 Youths throwing snowballs almost caused an accident in the Glencar area of Letterkenny earlier this evening.

Motorists have been advised to drive with caution following an incident involving a gang of youths throwing snowballs at cars in Letterkenny.

The incident took place earlier this evening in the Glencar area of the town.

The motorist contacted Donegal Daily in an effort to spread the word after they almost lost control of their vehicle following the incident.

The motorist was driving towards Glencar when all of a sudden a series of snowballs pelted the vehicle.

The thump of the snowballs hitting the car gave the driver a massive fright, and it also impaired their vision of the road which prompted the driver to brake suddenly.

The sudden braking caused the car to skid and the driver was forced to wrestle with the steering wheel in order to retake control of the vehicle.

The motorist said the gang of youths then took off sprinting in the other direction.

It appears it was not an isolated incident and the gang have pelted other cars in the area.

The driver who wishes to remain anonymous said, “I’d appeal to anyone driving in that area to drive carefully.

“I almost lost control of the car when I braked suddenly, I got such a fright.

“The roads are bad enough out there as it is without having to contend with this.

MOTORISTS ADVISED TO BE ALERT AFTER GANG OF YOUTHS THROWING SNOWBALLS ALMOST CAUSE ACCIDENT was last modified: January 14th, 2015 by Mark Forker