Councillor Seamus Ó Domhnaill has called on the Government to intervene and put in place emergency legislation to address damage that rates demands are having on Bussiness’s accross Donegal especially in the Hotel Industry. 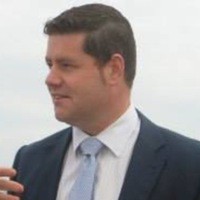 “These places such as large goods stores, car sales rooms & Hotels may not be garnering the same profits as bussiness that are operating in smaller units, this system is archaic in the extreme and one that requires the Government to make changes to the system to urgently address this problem.”

“We have seen in the last number of weeks where businesses have been forced to close down due to higher costs associated with running a business including commercial rates with less people coming through the doors due to the Economic downturn. The Government are duping the people into believing that the Country’s economic situation is improving yet bussiness are telling me on a daily basis of the difficulties which they are experiencing. It is time that this Government put in place the reforms which they promised instead of paying lip service to these important issues”

The Council are not in a position to reduce the rate which these bussines’s pay as it is a matter for the National Government, Ó Domhnaill argues.

“Business rates must be tied into the amount of profits which are made in a bussiness rather than the space needed to run a business” he further explains that ” Rates were to be reviewed with the introduction of the Household Property tax but again this has not taken place, like so many promises which this Government have let the people down on ”

In the run up to recent budgets within Donegal the rates issue has proven to be one of the biggest factors which is affecting the business people accross Donegal.

He adds that it is unfair to ask businesses in Donegal to pay the equivilent amount as the high street bussiness’s in our Countries Cities when there is a much larger population and effectively a larger footfall and profit margin in Cities than there is in Counties such as Donegal.

In Conclusion Cllr. Ó Domhnaill comented ” It is time that the TD’s who represent our County table these issues in the Daíl to bring about positive change for the people that they represent and to allow these businesses such as Jackson’s Hotel and the Seaview Hotel to remain open, assist other business in opening in our County and essentially in assisting in creating employment for the youth of our County and give them opportunities to work and live at home instead of having to emigrate to gain employment. These bussiness that have created employment for the people of our County deserve protection and assistance, something that unfortunately is not being afforded to them by the Current administration”