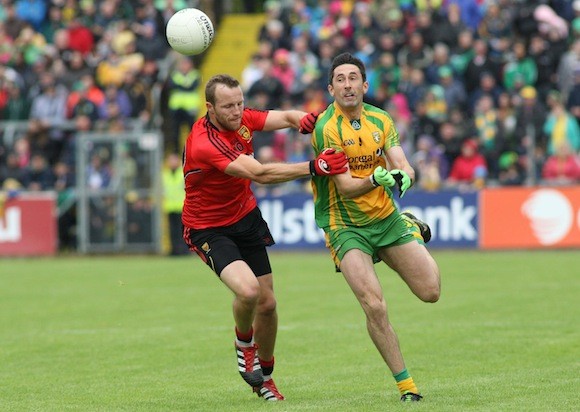 Rory Kavanagh in action for St Eunan’s. He will continue to captain his club

ONE of our longest-serving county players won’t don the Donegal colours again.

Rory Kavanagh announced today that family and work commitments has forced him to leave the Donegal squad.

The school teacher and St Eunan’s Club captain will still play for his club this year.

The 32-year-old represented Donegal through thick and thin for 14 years, making 132 appearances for his county – 49 of them in the Championship.

The crowning glory of his year was in 2012 when he picked up both an All-Ireland medal and a county championship medal with St Eunan’s.