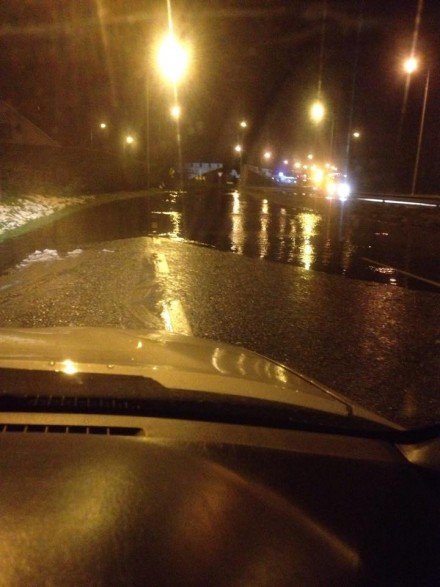 The roundabout at The Clanree Hotel is badly flooded. Picture by PJ Gallagher. 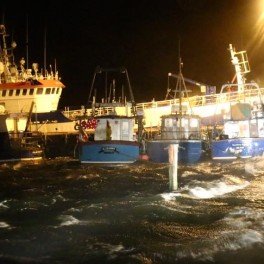 The boats in Burtonport Pier are taking a battering as Storm Rachel moves in across Donegal. Picture by Eoin McGarvey.

Storm Warning: Donegal is currently getting battered by ‘Storm Rachel’ and that has led to severe flooding in many parts of the county.

A housing estate in Letterkenny has already been hit badly by flooding after the heavy snow that fell over the last number of days began to thaw.

The roundabout at The Clanree Hotel (pictured above) is badly flooded and Gardaí are advising motorists to drive with care.

Donegal Daily has been contacted to say that a tree has been blown on to the main road between Burtonport and Meenmore.

‘Storm Rachel’ has already forced the majority of primary and secondary schools in the county to close following advice from the Department of Education to do so.

The storm is really beginning to rage now and is set to deteriorate further over the next 12 hours.

Donegal has experienced everything mother nature could muster over the last number of days.

Donegal has incredibly been hit by snow, rain, gale-force winds and lightning storms over the last three days.

If you have any information on roads that may be blocked by fallen trees and want the general public to know then contact us at info@donegaldaily.com