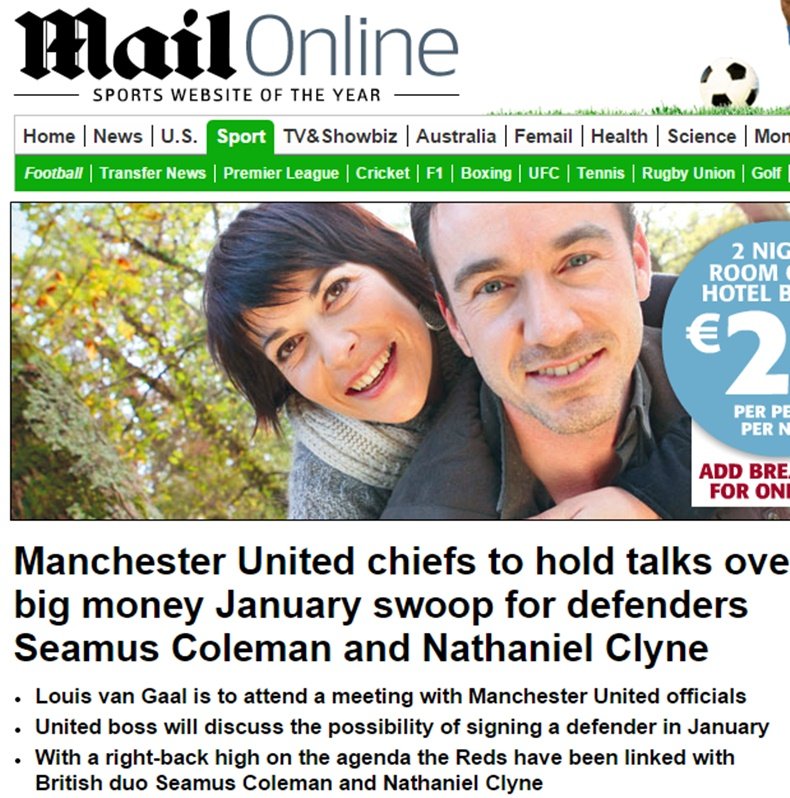 BRITISH TRY TO CLAIM OUR SEAMUS AS ONE OF THEIRS!

The editor of the Daily Mail can expect a few angry e-mails from outraged Killybegs locals following their claim that Everton star Seamus Coleman is British.

Coleman has been getting a lot of coverage in the press recently with paper reporting that both Arsenal and Manchester United are lining up a big money move for the Everton full-back.

Coleman is considered as the best right-back in the league and it seems inevitable he will either leave Everton this month or in the summer.

However, the fact Coleman is a household name in the Premier League and an established International player with the Republic of Ireland it’s surprising for him to labelled as British.

The paper reports that both Coleman and Nataniel Clyne are being touted by Manchester United.

However, The Daily Mail brackets both players as being British by going with this headline.

BRITISH TRY TO CLAIM OUR SEAMUS AS ONE OF THEIRS! was last modified: January 16th, 2015 by Stephen Maguire