MAN ARRESTED AFTER WOMAN COMPLAINED OF ‘INAPPROPRIATE BEHAVIOUR” IN BAR

A man was arrested by Gardai after a woman in a bar complained of inappropriate behaviour. 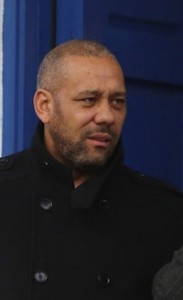 The court heard that Fleming, 44, had been arrested by Gardai while socialising at the Clonmany Festival on August 7th last year.

Garda Inspector David Murphy told the court that Gardai had been alerted to inappropriate behaviour having taken place at McFeeley’s Bar at Market Square by a member of the local Civil Defence.

No details of the behaviour was given in court.

When Gardai arrived they found Fleming, of Colehill Park, Newtowncunningham, and he was extremely intoxicated.

The Gardai said he had no choice but to arrest Fleming.

Solicitor for the accused, Mr Frank Dorrian admitted the charge.

He said his client had admitted he was “carrying on” and that he was “loaded.”

Inspector Murphy said Fleming had a considerable number of previous convictions stretching back as far as 2004.