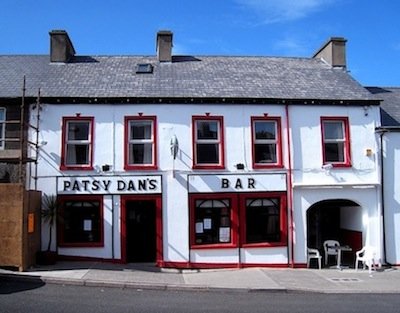 WELL-KNOWN BAR FOUND GUILTY OF NOT COMPLYING WITH SMOKING LAWS

A well-known Donegal pub has been fined €250 and ordered not to sell cigarettes for a period of time because its smoking area was not up-to-standard.

The HSE took a case against Patsy Dan’s Bar in Dunfanaghy which was heard at yesterday’s sitting of Falcarragh District Court.

The authority claimed that the smoking area was not compliant with regulations set down.

The court was told that there have been discussions about the smoking area between the owners and the HSE since August 2013.

Environmental Health Officer Maeve Costello said she called out to do an initial inspection of the premises on January 9th, 2014.

She said the smoking area, which is located between the bar and the adjoining Rooney’s Nightclub, was not compliant in her view.

The court was shown various diagrams in which Ms Costelloe claimed the smoking area was not compliant.

Ms Costelloe said she returned to the premises in September, 2014 and while some changes had been made, other aspects had not been complied with.

There was various legal argument between Ms Costelloe and Mr Patsy Gallagher, solicitor for the owners Brendan and Ciara Devine.

However, Ms Costelloe argued that more than two thirds of the yard, which measures a total of 6.4 metres by 2.6 metres, was covered by a roof.

Solicitor for the HSE, Ms Lisa Finnegan said the reality was that plans were produced and that if they were changed, the case would not be before the court.

Judge Paul Kelly put this to Mr Gallagher saying that if his client did what he said he was going to do then “we would not be here.”

However, Mr Gallagher added “We’re saying the ventilation is there are that we are compliant. There is a substantial yard and ample ventilation which exceeds 50%.”

Judge Kelly said he had found that the bar was not compliant.

He said proprietors were trying to make smoking outdoors as comfortable as possible for their patrons but that they were running into problems with the legislation as a result.

He fined the operating company of the bar, Cape Verde Sol, a total of €250 and awarded costs of €1,250 against them.

He also said there was a mandatory disqualification from selling cigarettes and ordered this to last two days.

He applied the probation act to Mr and Mrs Devine.