PROTEST TO BE HELD AS COUNCILLORS MEET IRISH WATER

Can’t Pay Won’t Pay will place a protest picket outside Donegal County Council’s office in Lifford on Monday when councillors will meet with representatives of Irish Water. 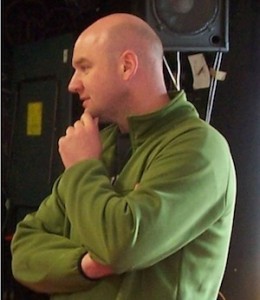 Spokesperson Micheál Cholm Mac Giolla Easbuig wants other councillors to join the protest instead of meeting with irish Water.

He said, “As a councillor I see no value in meeting with Irish Water. I have been calling on people not to engage with Irish Water which includes not registering for their charges and not paying. Consistent with this, I will not be meeting with Irish Water in Lifford. This is a body which has wasted enormous resources in a chaotic, unnecessary and unwanted water meter installation programme instead of getting to grips with the real problems and waste in our public water supply. It should be disbanded and the council should resume responsibility in this area.”

The public are invited to join the protest picket outside the Council offices at 10am on Monday.

“Come along and let Irish Water know that we will not be registering with them, that we do not want their water meters and most importantly of all, we will not pay their charges,” said Cllr Mac Giolla Easbuig.

New bank holiday could be introduced before...