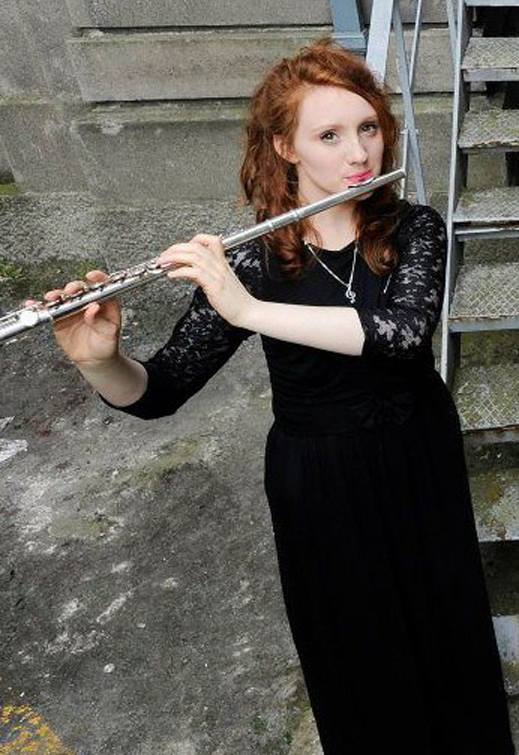 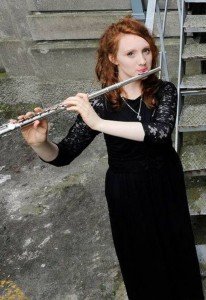 Donegal Chamber Orchestra features classical string players from across county Donegal and is dedicated to helping students and amateur musicians achieve the highest level of excellence in performance.

Joining them for this weekend of concerts is local flautist Amy Gillen, a former member of Donegal Youth Orchestra.

Amy is 18 years of age and hails from Bridgetown, Laghey (Donegal). She started playing the flute at the age of 8 with Sarah Murphy in Derry and currently studies under Professor William Dowdall at the Royal Irish Music Academy of Music, Dublin, where she has been a scholarship student for the last 3 years.

She was also a member of the National Youth Orchestra of Ireland from 2009-2013, playing first flute in many venues throughoutIrelandaswellasintheUnitedArabEmirates. Amultipleprize-winnerandbursaryrecipient over the years, Amy won the Senior Flute Competition at the EBS Feis Ceoil in Dublin in 2014, and in September performed in the EBS Feis Ceoil Young Platform Series in the John Field Room of the National Concert Hall.

The first concert is taking place in The Rock Parish Hall, Ballyshannon, Tonight January 24th at 7.30pm, with the second concert taking place in Conwal Parish Church, Letterkenny, on Sunday 25th at 3pm part of “Sundays in Conwal” .

Admission is €10 with a €5 concession ticket available for students. Pre- booking not necessary as tickets will be available at the door. 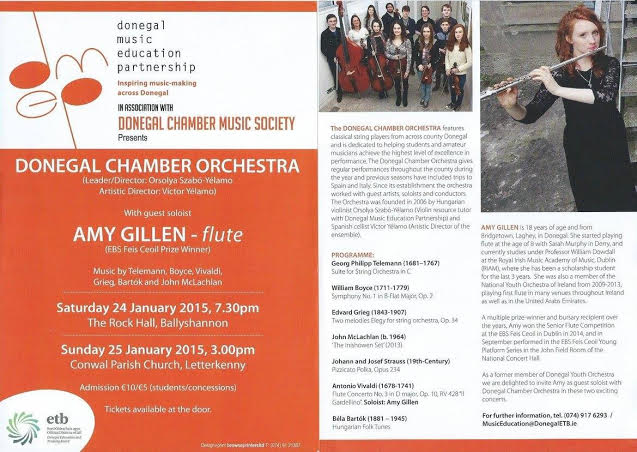