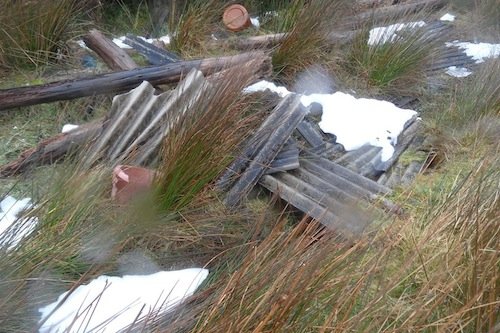 The asbestos which was found by the Donegal Mountain Rescue Team at Lough Salt.

Members of the Donegal Mountain Rescue Team have discovered an illegal dumpsite on one of the county’s most scenic areas.

The team were on a training exercise yesterday when they made the disgusting discovery on the steep side of Lough Salt Mountain.

One of the DMRT on Lough Salt.

The haul even including asbestos which had been dumped there in recent days.

The illegal dumpsite also contained waste dumped from a bar as well as other materials.

One of the team who came across the site said the day had started so well only to find the horrific dump.

“This is a beautiful area but to think that someone could go out of their way to dump this stuff here is just horrific.

“It was the last thing we expected to find up there,” he said.

The site has been reported to Donegal County Council.

The dumpsite which contained material illegal dumped from a pub.