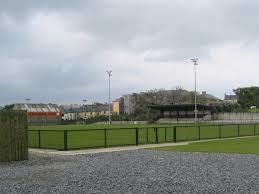 Officials at Maginn Park have deemed the pitch unplayable.

The match between Finn Harps FC and the Inishowen League’s representative side has been postponed due to the adverse weather conditions currently sweeping across Donegal.

The match was supposed to take place tonight at 7.30pm at Maginn Park, Buncrana.

However, due to the inclement weather conditions officials have swiftly to postpone the match.

The match has now been re-scheduled and will be played on Tuesday 10th of February at the same venue.

It’s a blow for Ollie Horgan as he prepares to take his side to Roscommon this Saturday morning to take on Cork City.

Harps have played USL sides Cockhill Celtic and Letterkenny Rovers in friendly matches so far, but both games were played on the astro-turf at the AURA Leisure Centre.

90 minutes on grass would have been welcomed by Horgan and his squad ahead of their match with Cork City.