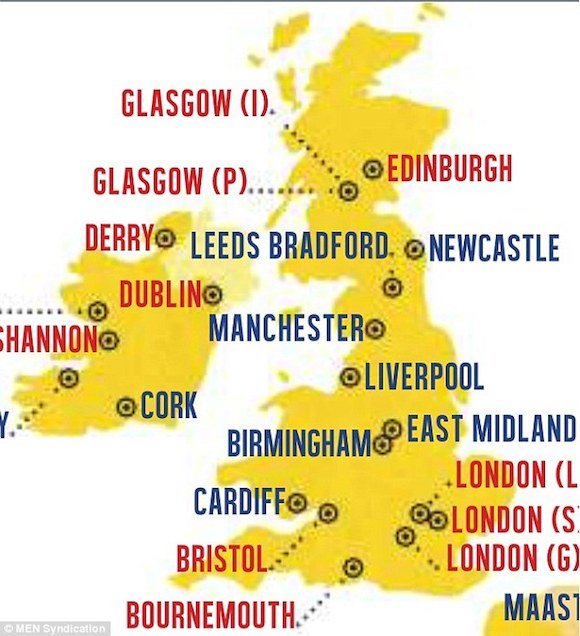 RYANAIR MOCKED FOR MAP WHICH PLACES DERRY IN SOUTH DONEGAL!

RYANAIR’S geography department is getting loads of negative vibes today – after placing airports in the wrong locations.

Online social media comments are even suggesting that’s why its flights are always delayed!

City of Derry airport is somewhere near Pettigo – and Dublin airport has been placed nearer Dundalk!

Manchester has been re-located to the Lake District while both Glasgow and Edinburgh airports are close to Dundee!

The map is actually inside the latest edition of the budget airline’s own magazine ‘Let’s Go’.

Derry is the only airport placed in another jurisdiction!

A Ryanair spokesman blamed the lack of space in the magazine for the error.

“We fly to so many airports – 189 across Europe – we can barely fit them on the same page, never mind the same map,” he said.