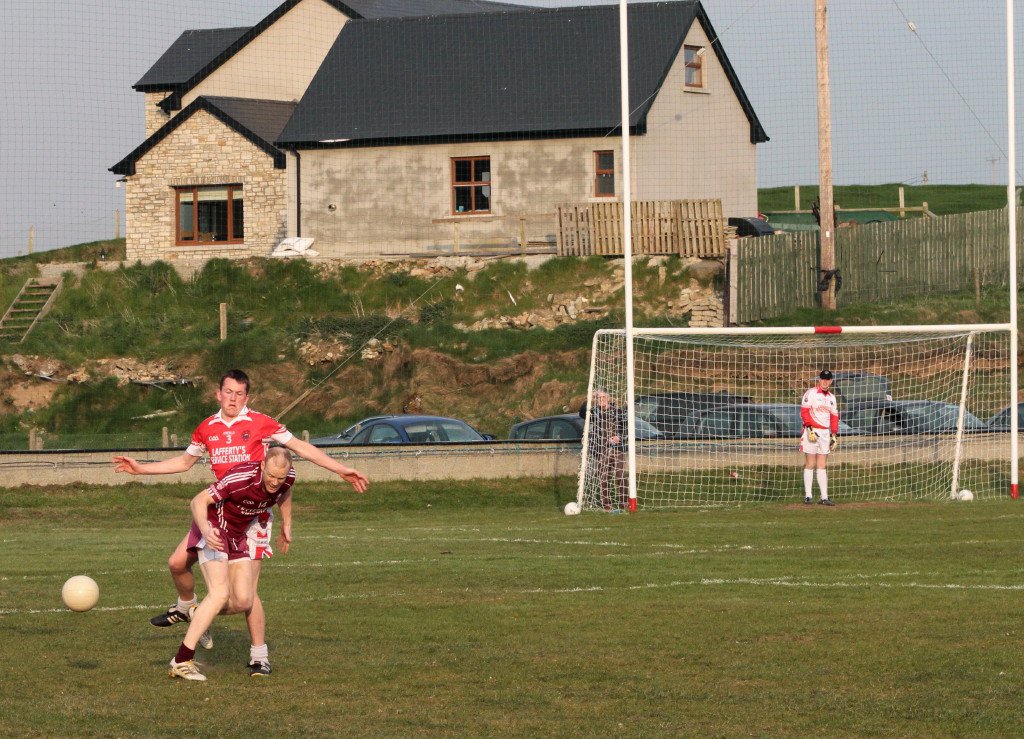 Stephen Doak in action for his club St Michael’s. Doak is at the centre of an ineligibility row between Sligo IT and Queen’s.

St Michael’s defender Stephen Doak is at the centre of an ineligibility row between Sligo IT and Queen’s University Belfast.

Queen’s lodged a complaint after they were defeated by Sligo IT last week questioning the eligibility of Doak.

Officials representing Queen’s believe Doak is ineligible because he is the President of Sligo’s Student Union which they believe permits him from participating in the competition.

However, Sligo IT hit back and lodged a counter-objection stating that Queen’s fielded three players in that match that study at Stranmills College.

The three players in question carry Queen’s student cards, but they study at Stranmills College.

Both objections have been lodged and third-level officials are expected to make a decision later in the week.

The Sligo IT side is managed by Martin McHugh, and his sons Mark and Ryan McHugh played in last week’s win over Queen’s in Belfast.