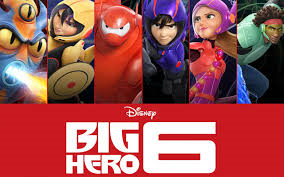 Eclipse Cinemas have announced that TWO new films have been released and are now available to view at the popular Cineplex in Lifford/Strabane.

Details of both films are outlined below and you also watch the links to their trailers.

Set in Brazil, three kids who make a discovery in a garbage dump soon find themselves running from the cops and trying to right a terrible wrong.

The special bond that develops between plus-sized inflatable robot Baymax, and prodigy Hiro Hamada, who team up with a group of friends to form a band of high-tech heroes.

American Sniper, Kingsman: The Secret Service, Ex Machina, The Gambler, Mortdecai, Taken 3, Into the Woods, Annie, Tinkerbell: Legend of the Neverbeast, Night At The Museum 3, Paddington, Penguins of Madagascar

Get all our times at www.eclipsecinemas.com

Meal Deals on Friday 13th only, with the Fir Trees Hotel and the Old Courthouse Bistro – (see venues for booking)

Message in a bottle tale takes an...