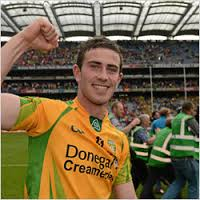 Patrick McBrearty’s UUJ side were stunned in the Sigerson Cup by DCU.

UUJ were hotly tipped to win the competition as the team was stacked with high profile inter-county talent.

DCU was always going to be a formidable opponent, but the fact UUJ had home advantage and such a strong panel they were the hot favourites to not only defeat DCU, but to win the competition outright.

However, they never recovered from a dreadful start which seen DCU score two early goals that left UUJ trailing by seven points at the break.

They did at one stage reduce the deficit to four points but DCU finished strong and scored an unanswered 1-2 in the final stages to close a comfortable nine point surprise win.