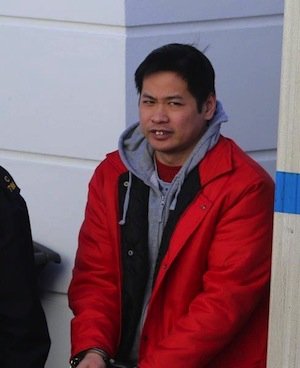 A man has been jailed for two years for his part in a huge cannabis operation despite his friends coming together to get him a one-way plane ticket out of Ireland. 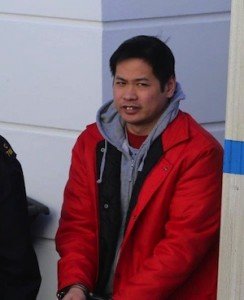 Sin Lay Kok was caught by Gardai at the cannabis factory in Portsalon in September, 2014.

The Malaysian man was caught red-handed at a house in Magherawarden which had been turned into an elaborate growhouse.

Officers arrived at the house following a surveillance operation by a team at Milford Garda station and found the accused with a bag of cannabis clippings in a bag outside the house.

Garda Liam O’Riordan told Letterkenny Circuit Court that they had found up to 321 empty pots used to grow cannabis.

They also discovered cannabis clippings and buds which had all been dumped at the rear of the house which had been rented from an unsuspecting local man.

The total street value of all the plants, buds and emptied pots was close to €300,000.

It is understood the operation had been abandoned because a transformer at the bungalow had blown and the operation’s heat source had been taken away.

Kok told officers he was merely a cleaner at the house but did realise the plants were illegal.

He also occasionally clipped the plants.

He told the court that he was driven to the house but did not know who the men were who took him there.

Barrister Ivan Toner told the court that Kok was merely a small cog in the wheel and there was also an element of fear for his safety.

He said his client did admit cleaning the heating lamps at the house but only planned to stay at the premises for a few days.

He was told to keep to himself and to turn out the lights at night.

He said his friends had come together and they had arranged to pay for a flight so he could leave the country.

However, Judge John O’Hagan said he found it hard to believe that Kok was simply just a cleaner at the house.

“If he got that kind of money then I think I would like to go into the cleaning business myself,” he said.

He referred to the amount of Garda time spent on detecting such growhouses and also the “terrible damage this stuff dos to our young people.”

He said he could recommend Kok’s deportation but that was a matter for the authorities.

He said he could not give him sweets for breaking the law and that he had to be punished.

He sentenced Kok to two years in jail for the charge of possession of drugs and backdated the sentence until the date Kok was arrested on September 4th last year.

He also made an order for the destruction of all the drugs.