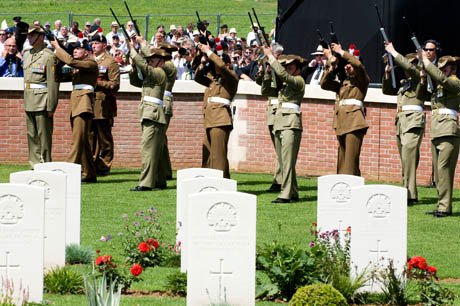 SEARCH LAUNCHED FOR FAMILY OF DONEGAL SOLDIER FOUND IN AUSTRALIA

Researchers are looking to match DNA from a Donegal family with a mystery Australian soldier killed in action during the First World War. 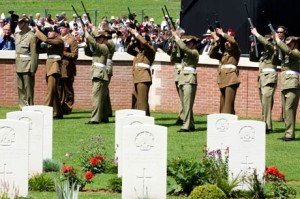 The graveyard at Fromelles in Australia where Joseph Curran from Crossroads is believed to rest.

Researchers for the Fromelles Project are looking to match up the remains of Australian soldiers found at a mass grave in 2008.

So far 144 of the 250 soldiers found in the grave have now been found and named on a grave stone in the new Fromelles cemetery.

The researchers need to find a living relative so they can match their DNA to the soldier so as to properly identify him.

The soldier which the project is trying to match with his Donegal relatives is believed to be Joseph Curran who was born in 1885 and killed in action on July 19th, 1916.

There are several young men of Irish background who died at Fromelles.

Joseph’s grandparents migrated to New South Wales in 1868 from Crossroads in Donegal.

Their names were Michael Curran and Ann Duggan or Dugan and both were born around 1837 in Crossroads.

Michael and Ann arrived in NSW with small children Margaret, Sheely, Bridget and John and then had three more children in NSW, Michael, Catherine and Mary. Ann died after giving birth to Mary in 1871.

Catherine is the mother of the soldier researchers are trying to find a branch of the family tree with the female DNA that runs down through the Duggan family.

Unfortunately none of the Curran girls in Australia had any female descendants.

“So we are now looking in Donegal, trying to track any Duggan or Dugan families from Crossroads, or anyone who has any knowledge of the family,” researcher Margaret O’Leary told Donegal Daily.

She can be contacted at the email address marg@rickarby.net or PO Box number 46 Salamander Bay 2317 NSW AUSTRALIA.