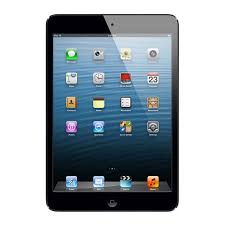 WOMAN SENT HER CHILDREN INTO SHOP TO STEAL CHRISTMAS PRESENTS

A mother sent her two young children into a supermarket to steal presents for Christmas.

However they were caught but dropped the bags and ran out of the shop during the robbery on December 22nd, 2013.

Ms McDonagh, 32, was outside the shop waiting for the children and then sped off from the shopping centre car-park.

When Gardai called to her home, the uncovered the stolen goods.

Ms McDonagh, who had more than 30 previous convictions, appeared at Letterkenny District Court.

She was also charged with stealing a purse from a St Vincent de Paul charity shop on September 18th, 2014.

The court was also told that Ms McDonagh of Lisfannon, Buncrana, was also charged along with another woman for stealing two supermarket trolleys of groceries from SuperValu in Carndonagh on October 17th, 2014.

Gardai said the women were later found with the groceries in the boot of their car.

Judge Paul Kelly said he was very disturbed that Ms McDonagh has used her children to steal.

“The grooming of her kids to steal from a shop is something I find very disturbing,” he said.

He added “What hope is there for them in not following a similar pattern to her own life?”

Solicitor Frank Dorian said the theft of the iPads was a misguided attempt to get a gift for a child at Christmas.

Judge Kelly adjourned the case until Mach 23rd for a community service report.