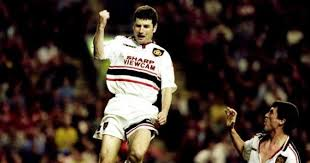 Irwin believes Coleman needs to quit Everton sooner rather than later in order to be regarded as a world class player.

The Cork man is a huge admirer of Coleman but feels he has to be playing regularly at the highest level in Europe in order to both improve and become a world-class full-back.

There had been speculation linking Coleman with a move to Arsenal or Manchester United both in the summer and in January but a switch to either club never materialized.

Irwin told The Irish Daily Mail that Coleman needs to leave Everton soon, “At 25, 26, they are probably the best years of your life. I know he is comfortable there.

“They are a good footballing club. It suits him.

“For him to world-class though, and this is no disrespect to Everton, he probably has to move to a club that plays regularly in Europe.

“That is no disrespect to him either, but it is the next stage of his progression.