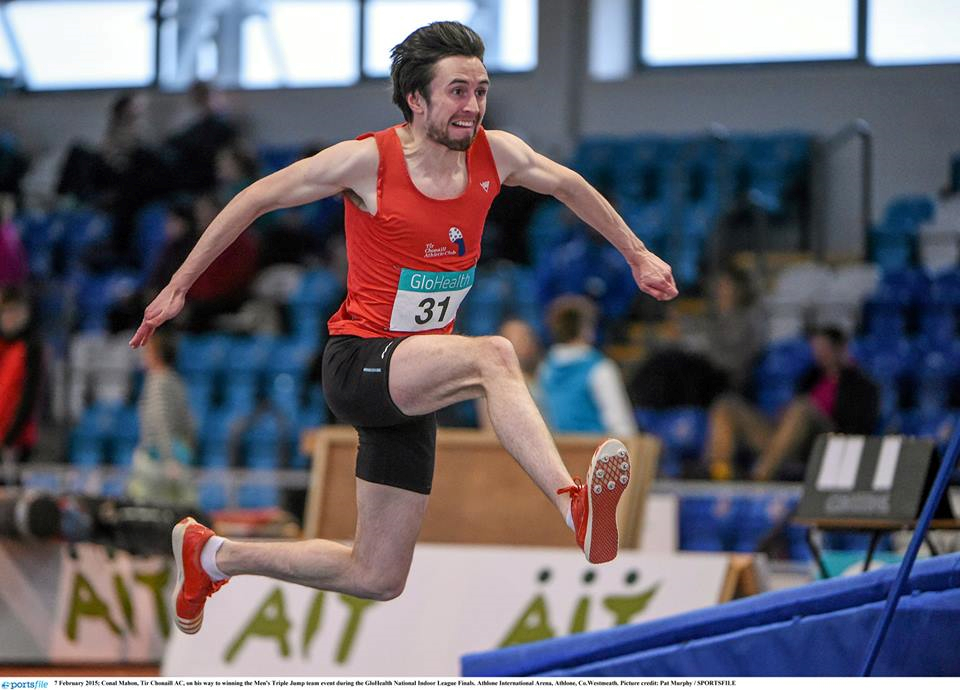 Its been another busy and very successful week on the competitive front for Tir Chonaill AC athletes with success in the Irish Indoors Varsities, National Indoor League and National Masters Cross country.

Medals at National Masters in Tuam

The National Masters and Intermediate CC in Tuam on Sunday last ran in good underfoot conditions and at times challenging the eyesight of the athletes as they negotiated at times through fog had three Tir Chonaill Athletes scoring on the silver medal Women’s county team. Well done to Margaret Sweeney, Glneties, Marie Rooney, Ballyshannon and Jackie Harvey, Donegal Town plus Finn Valleys Noreen Marin/Bonner on a fine individual and team performances -only three points seperated 1st and 2nd teams. Tir Chonaill clubmate Richard McCarthy also had a excellent run in the M50+

The Athletics Ireland Indoor National League climaxed in Athlone’s International arena on Saturday last found a young Tir Chonaill mens group that had fought their way through two earlier qualifying rounds compete individually and collectively out of their skins to finish 6th overall.

The Irish Inter Varsities had a number of club members representing a variety of 3rd level colleges when the prstigious Inter Varsities were held in Athlone on Friday last. 2014 Senior club athlete of the year and NUIG continued his fine form and improvement in capturing the Triple Jump title with t a best of 14.11m. Christopher Doherty, Trinity, filled 5th place in the Pole Vault, Mark McGuinness, DIT, 7th in the 1,500m and Barry Quigg,NUIG, 5th in the High Jump

As we count down towards the Cara Bundoran Challenge on the 14/15/16th March – the most popular and best supported road race in the North West calendar, Tir Chonaill AC have organised two 5k ‘stepping stone’ races for athletes preparing for the big event.On Saturday next in tandum with valentines weekend a ‘Snog and Jog’ 5k is planned for Ballyshannon while on the 1st March in Donegal Town, ‘The March Hare’ 5k will also prove popular

The Ballyshannon ‘Snog and Jog’ 5k welcomes walkers,joggers, Couch to 5k, fit4life, Meet and Train, athletes wishing to complete or post a good time or performance. The 5k course is recognised as ‘ the fastest 5k course ‘ in the North West – the finish is 150 metres lower than the start. Its an ideal ‘stepping stone’ run for the Cara Bundoran challenge. The race/walk starts at 11.30am with registration in Scoil Colmcille Gym from 10am onwards. All proceeds from the event go to a charity that has assisted and is currently very close to many Tir Chonaill AC members hearts –