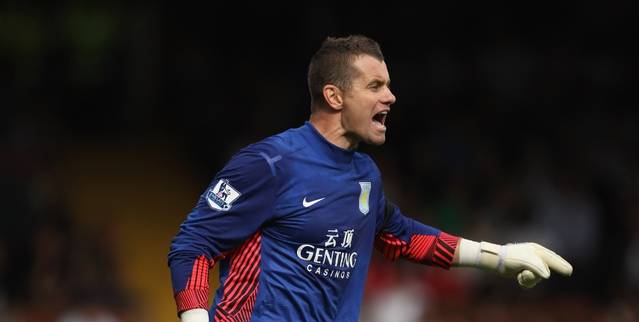 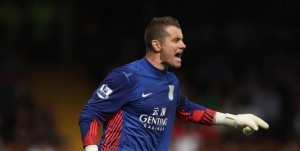 Shay Given could set an unusual Premier League record.

Aston Villa goalkeeper Shay Given could become a Premier League record breaker if he plays under Aston Villa’s new manager.

Given has played for sixteen managers in the Premier League during his glittering career, and if he plays under Villa’s new manager after this week’s sacking of Paul Lambert he’ll set a new record.

Given is joint on sixteen managers with former Republic of Ireland teammate Damien Duff and Manchester City midfielder James Milner.

All three of them played for Newcastle United who have a long history of firing managers over the last fifteen years or so.

However, following the sacking of Lambert a few days ago the opportunity has now arisen for Given to set an unusual record of playing under the most managers in Premier League history.

Given is No.2 at Aston Villa, but whoever Villa appoint may want to use Given’s experience as their first choice goalkeeper as they fight to stay in the Premier League.