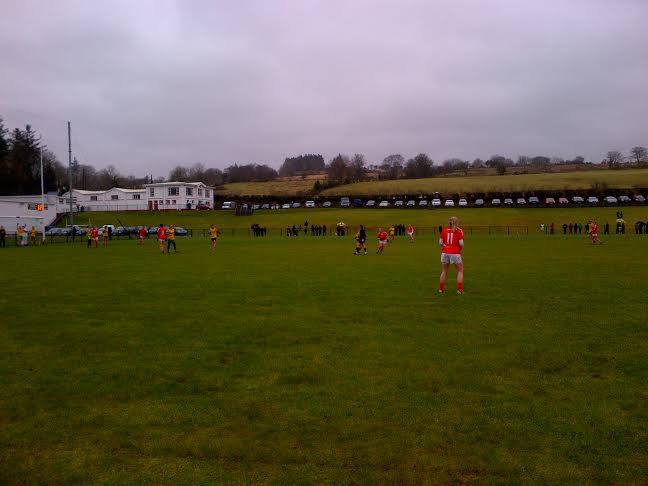 DONEGAL’S Ladies showed real mettle to grind out a one point win over Armagh in Glenfinn today.

It was a proud day for County Captain Katy Herron has she led her team to a 1-11 to 1-10 victory at her home club.

But it could have gone either way.

Donegal were cruising in the first half, Amber Barrett finding the net to keep Donegal five points ahead.

But the Orchard County ladies were a different prospect in the second half, scoring a quick goal to close the gap before eventually drawing level.

When heads were down however captain Katy and club mate Karen Guthrie steadied the nerves as the Donegal girls slowly played their way out of trouble and – despite three wides towards the end – finally added the crucial point through Barrett to seal the victory.

After the easy victory over Down last week, this was always going to be a much tougher game.

But a one point win gives Donegal the maximum return from two outings in the race for the Tesco All Ireland League Division 2 title.